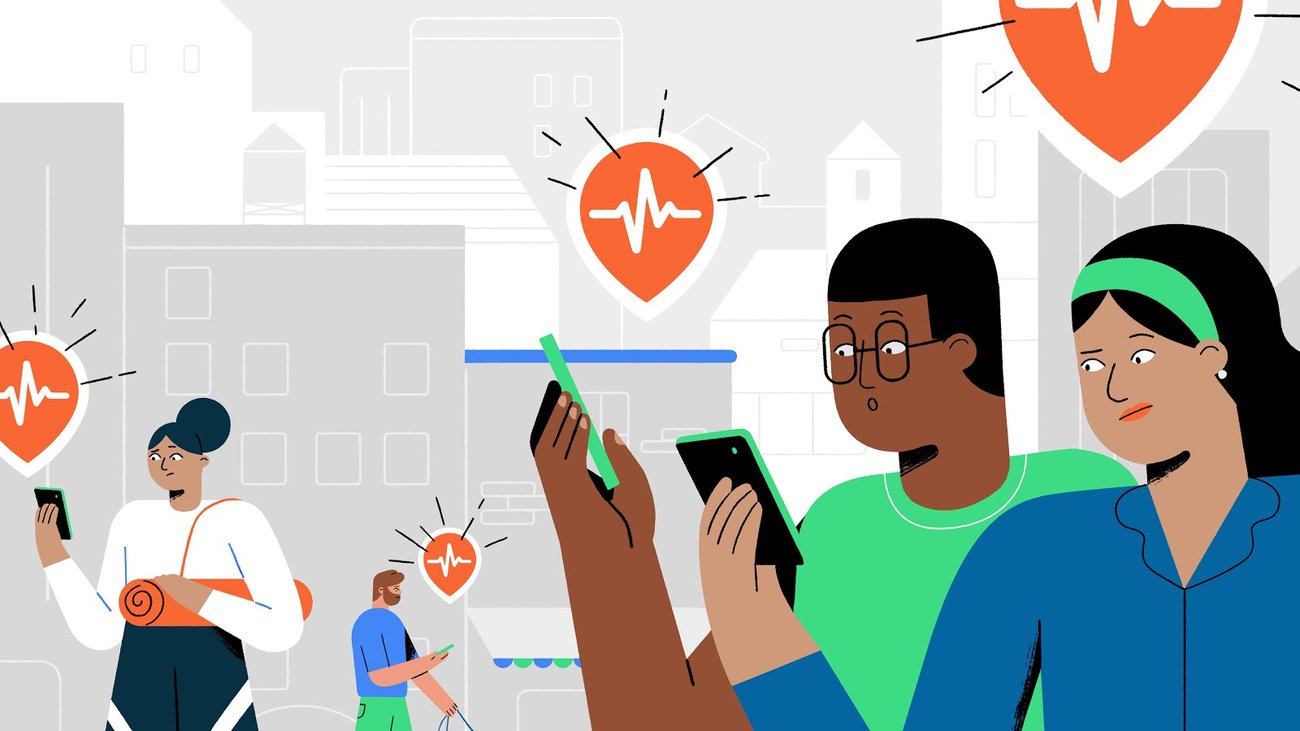 Research shows that early warnings can prevent 50% of injuries caused by earthquakes.

Historically, it has been difficult to send early warnings to everyone who may experience shaking from an earthquake. Researchers have relied on information from underground sensors that cover a small area and gather limited data. Translating that information into early warnings is a huge technical challenge: within seconds, researchers must ensure the data is accurate and alert thousands of people nearby. Underground sensors are expensive to install and maintain, and many countries don’t have them at all – meaning some earthquake-prone areas have never had early warning capabilities.

Since 2017, Google and leading seismologists have been tackling this problem. Together, they’ve created an Android-based detection and early warning system that’s now used in multiple countries, including several without national earthquake early warning systems.

Google’s work on earthquake detection began during a 2017 hack week, when an Android engineering team decided to explore whether phone accelerometers—sensors that detect motion and orientation during regular phone use and activities like running—could accurately identify a critical moment like an earthquake.

After promising early findings, the team partnered with leading academics to develop a system that would reach the right people with the right information at the right time. Several academics joined Google part-time through the University Relations Visiting Research Program and collaborated with engineering teams to build the system.

Those included UC Berkeley seismologists Drs. Richard Allen and Qingkai Kong, who had pioneered research on phone-based earthquake detection. Dr. Lucy Jones, an expert on the behavioural elements of earthquake warning and response, also came onboard. She guided the team to focus on injury prevention and what makes an effective alert. That means looking at all three stages of an earthquake: before, during and after. For example, a post-earthquake message with a simple tip like "put on shoes" helps people avoid cuts from broken glass.

Designing an effective system together

The Googlers and researchers each brought unique skills to address the challenges of earthquake detection and early warnings. The academic team had spent decades researching the physics of earthquakes and what makes early warnings effective, while the Googlers had engineering expertise and a platform that could gather data and get information to huge numbers of people quickly.

Android accelerometers collect millions of unique data points that underground seismometers can’t, like how shaking on the 40th floor of a building differs from shaking on the first floor or from driving in a car. By analyzing these data points, the team could develop timely, accurate early warnings and follow-up messages.

As the team developed a system based on data from phones, they also initiated early warnings to people in California, Oregon and Washington using U.S. Geological Survey ShakeAlert ground seismometer data. Early warnings became accessible to all Android users in these states, and because they didn’t have to sign up for the service, significantly more people received them.

What’s next for detection and early warning

In 2021, the team launched earthquake detection and early warnings in Greece and New Zealand, followed by Turkey, the Philippines and several countries in Central Asia. These are the first countries with detection and warning systems informed only by smartphone data, not underground seismometers.

These countries experience frequent earthquakes but don’t have national early warning systems, so these alerts are especially valuable. The team hopes to expand to similar earthquake-prone countries soon.

The partnership is also advancing academic research: Dr. Richard Allen sees phone-based detection as the future of earthquake research and alerts. Deeper understanding of how earthquakes work could lead to improvements in other fields. For instance, detailed information about how shaking varies on different floors of a building could inform safer building codes.

Seconds of warning before an earthquake can make a huge difference. The global reach of phones makes them a powerful tool to quickly share accurate, useful information and keep us safer.